I was forced to stay overnight in Nairobi because I missed my connecting flight due to delay in the earlier flight. Transit visa, hotel, transport etc was arranged by the airline (as is the normal); so I was not required to commute within the city on my own. So, I cannot claim to have "visited Nairobi". As I had no plans to stop over, I had not taken any efforts to get some information about the city. So, I can safely say that while sharing some photographs with you, I am penning few lines.

When we approached Nairobi, from the sky, it looked beautiful. 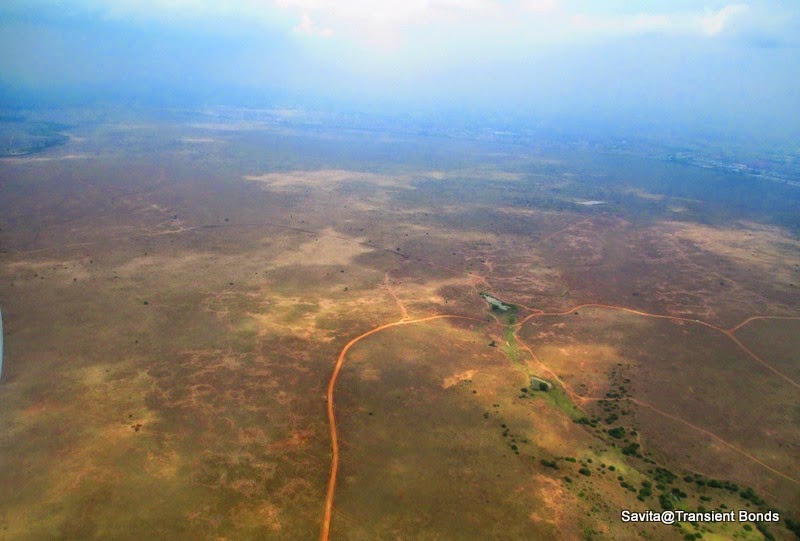 The scene reminded me that human beings have always fought with nature; and what we call "human culture" is an outcome of conflict between human beings and nature! 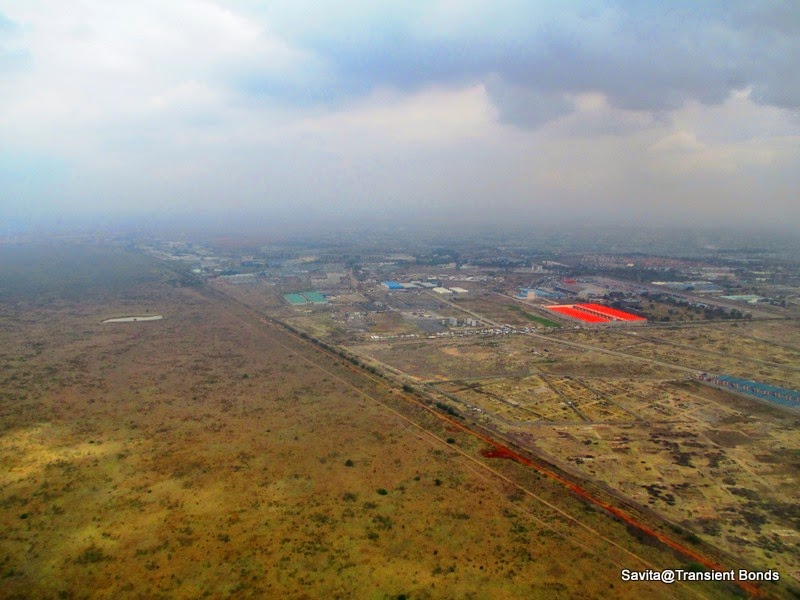 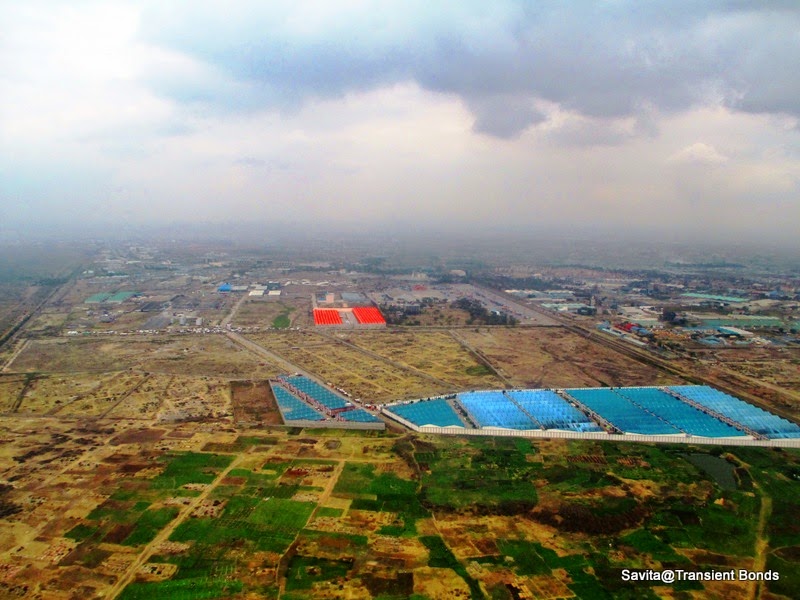 The green belt and the blue belt - they represent two conflicting ideologies. It is certain that we cannot live without the green. But can we really live without the blue as well? How can we travel to the past? Is it necessary? Or we can still balance these two approaches?

And then signs of Industrial world. Later, a Kenya national informed me that Nairobi is situated in the midst of National Park. 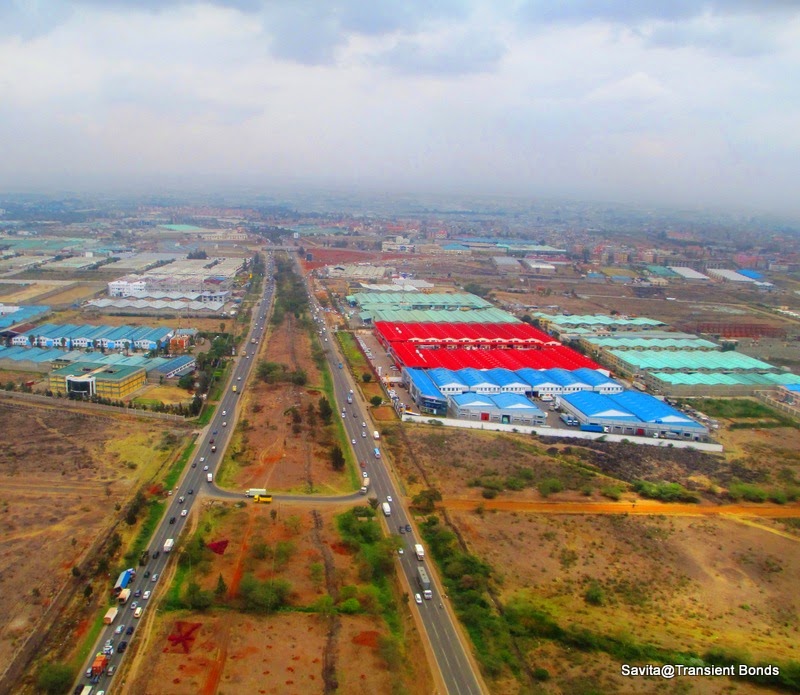 I had decided to sleep until late hours next morning (as I was tired), but woke up with bird calls. It was raining outside and saw two African Pied Wagtails playing a sort of 'hide and seek'. And I felt bad about the decision of leaving my binocular back home. 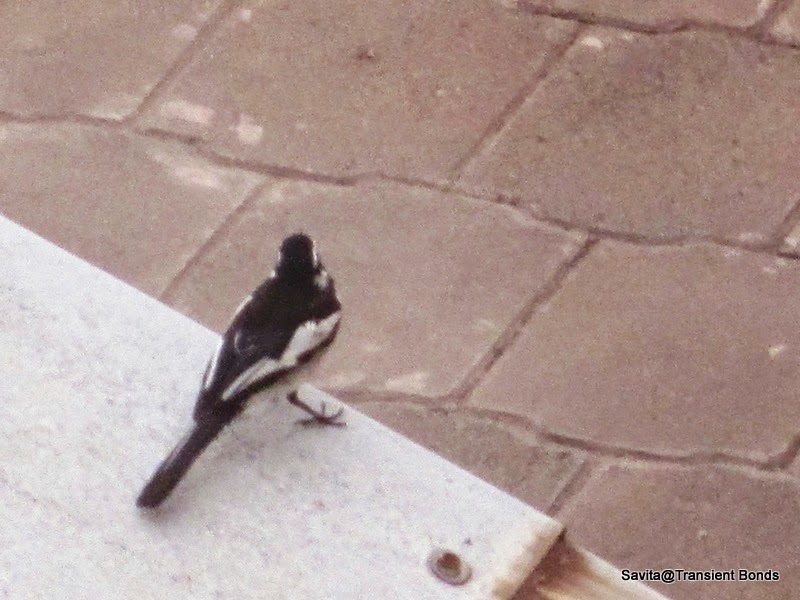 Another view from hotel window. Whether people have 'consturcted' something in desert or they have 'destructed' something to make it desert like - that is what I need to know. May be, when time permits. 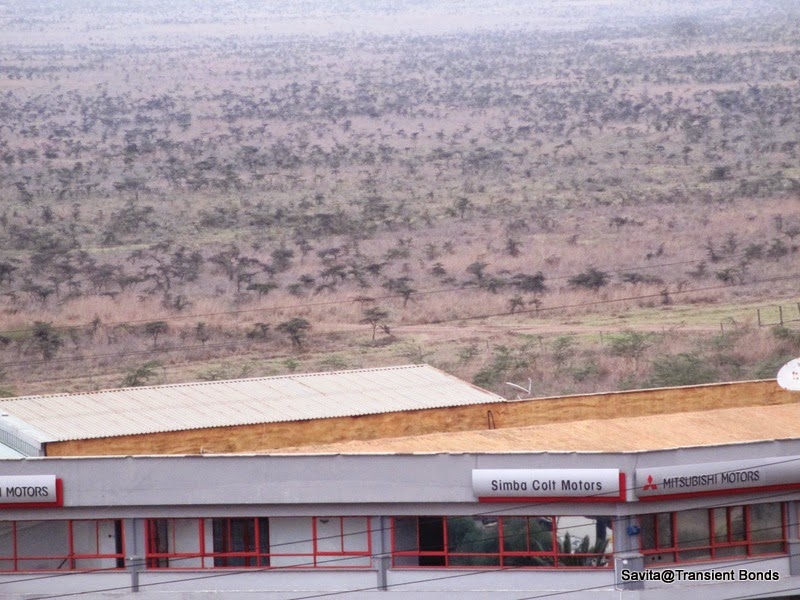 I was amazed to "see" a  Gujarati TV channel, 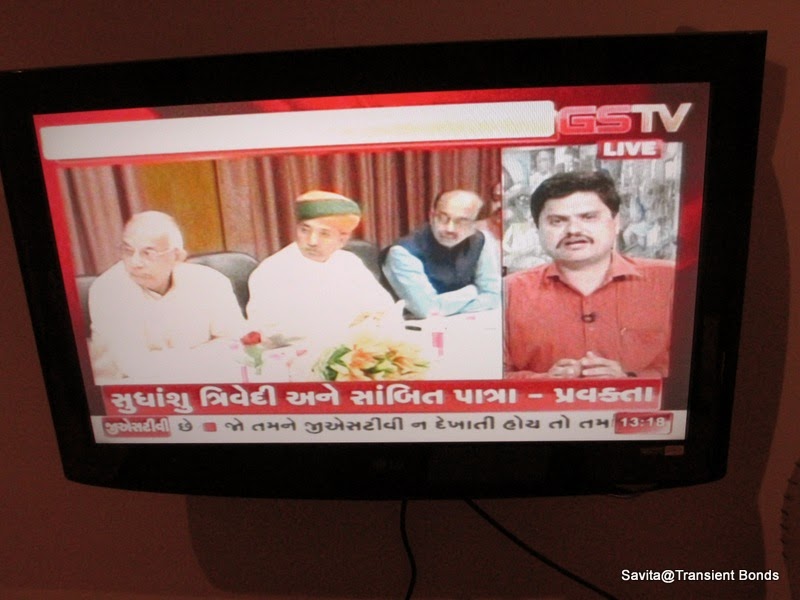 No, I don't think it has anything to do with Mr. Modi becoming the Prime Minister of India. For centuries, Indians have been coming and living in Kenya, and Gujarati speaking people are more in numbers
This is Kenya Airways. 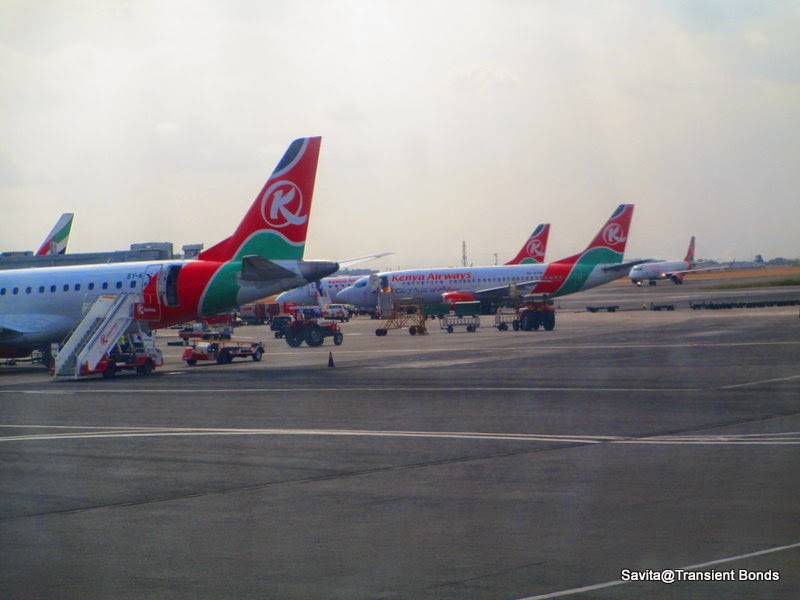 While checking in for next flight, the immigration officer took my photograph, asked me to give finger print. I was following her instructions and suddenly she said, "angutha". It took a minute for me that she was using Hindi word for thumb and she was kind to speak "my" language with me.

Well, I need to visit this city again and spend more time to develop better understanding.
**
Posted by aativas at 4:56 PM No comments: