For many years I have been reading (and listening to) about ‘Zero balance’ in Rehabilitation –meaning 100% households are rehabilitated. From experience I have learnt to assume a certain percentage of success of any reported success – however even those assumptions failed here. In Madhya Pradesh 193 villages are in submergence area – out of that in 150 villages people are still living as they do not have any option. “When Government reports ‘Zero balance’, it is not only a lie but we are treated like a non-entity” remarked one villager sadly. Chota Badada, Pipari, Pichodee, Kadmal, Khaparkheda, Bhitada, Bilgaon …. Villages are different, districts are different, states are different – but the situation is the same. Farmers rejecting cash and demanding ‘land for land’ compensation; people living in the fear of floods; people visiting courts regularly in the hope of justice; people changing together “aamu aakhaa ek se” (we all are One) and “ladenge – jeetenge” (we will fight and win) – keeping alive the hope.

Initially Madhya Pradesh government had asked people to “accept money (as compensation for land) and manage your life” – but people have rejected this policy. When people insisted on “land for land” – they were shown on which farming was not possible. In some villages people have planted and cultivated crops on “Krishi Seva Kendra” land (a government property) and distributed the crop among them.

With many such efforts finally Madhya Pradesh government accepted the demands and 21 families have been given land (five acres each) at Khalbujurg. 10 families from Pichodee and 11 families from Bhadal have received land. When we visited the place the farm was filled with green Soybean. The success of these 21 families has motivated large number of people in the area. Even though farmland has been provided, these families are yet to receive land for construction of house. In Khalbujurg nine to ten families are sharing one residence. 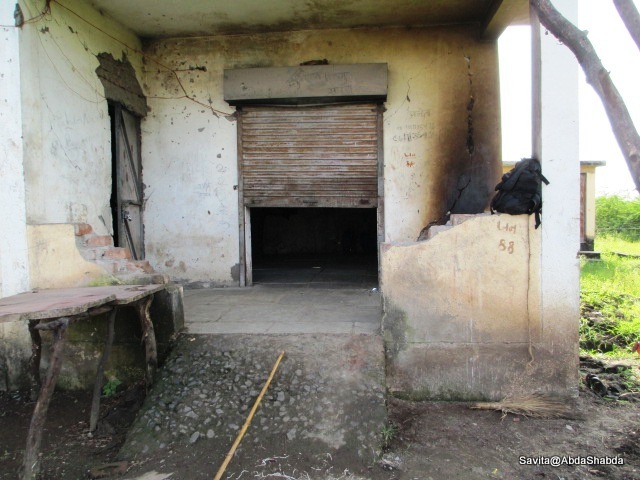 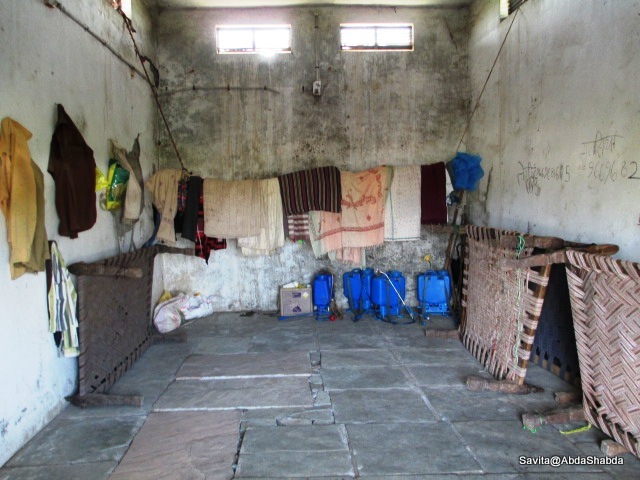 This residence is shared by 9 or 10 families. Is this proper and adequate rehabilitation?

Prior to this, in 2000, nine families from Bhitada (the village has more than 300 families) was given five acres of land (each family). The distance between Pichodee and Khalbujurg is about 150 kilometers. Out of 700 + families in Pichodee only 11 have received ‘land for land’ – this clearly speaks about status and speed of rehabilitation. According to Madhya Pradesh government, 5257 families are affected by dam and need to be rehabilitated. All these will need land for construction of house; and there are 10000 landless families, which need to be allotted land for construction of house. The quality of construction is another issue.

How many families are affected by dam and need to be rehabilitated? The numbers are not clear. The number 5257 (of the families affected by dam) accepted by Madhya Pradesh government does not include “adult sons”. It is all a number game. For example, Bhitada was submerged in 2006. But the “cut off” year for Bhitada is 1993. So the minor sons in 1993 are still treated as part of the same family in 2006. Government has not considered the reality that the sons will grow up, they will marry, they will have progeny, and they will need a separate house …..So, for many villages the land for necessary rehabilitation is not available.

Even for declared number of affected families by state government, there is no sufficient provision. In Kadmal – Khaparkheda there are 700+ families. The plan is to rehabilitate them into eight different locations. So according to local people, government is not only drowning their village, but it is also destroying their relations with the community. One village getting divided into eight different locations means people have to leave behind their relatives and support groups. People are not sure that they will be accepted and provided support by the villages they would be rehabilitated into. If government discusses with people, even these eight groups can be properly re-arranged. But for many government officers ‘discussion’ means ‘they speak and others accept’ – this must have happened here as well is my guess.

Next morning we went to Pichodee. Andolan has stopped illegal mining in this village by demonstrations and stopping the sand filled trucks and sending some of the culprits to the jail. In our group there was substantial discussion on “Sand mining”. Some of us argued: to construct new buildings we need sand. If we stop sand mining altogether development will stop and it would possibly create ecological imbalance. (In short the question was: why are you always against development?) The most important question we hardly discuss is: why only a certain group of people have to pay the price for development of others? Why one has always to renounce and others always get fruits (i.e. facilities) of development? So, we kept on discussing these two perspectives. We had discussion on what is legal sand mining and what is illegal sand mining.

As Pichodee village in the submergence area of Sardar Sarovar, it is under Narmada Control Authority; local authorities are not entitled to provide permissions for sand mining. That means the whole field is open to those who have connections.

When we reached the banks of Narmada in Pichodee, we realized how destructive illegal sand mining could be. No theories were necessary; no convincing was required as we stood on the spot. Words lost its meaning and only a feeling of destruction was around us. 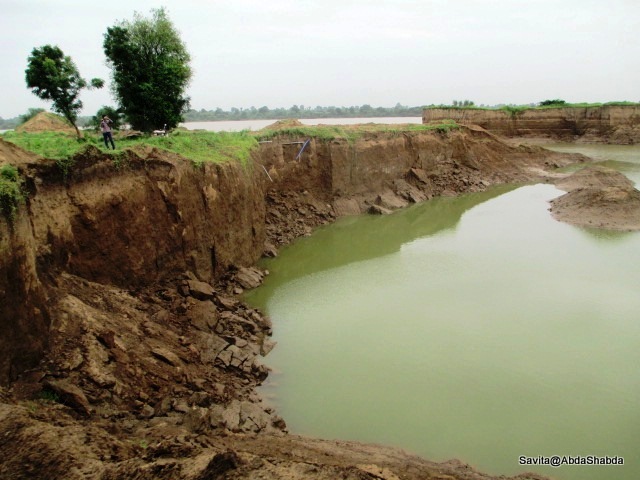 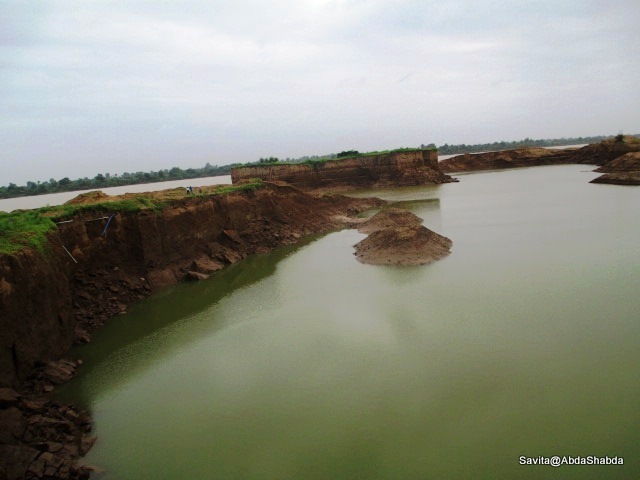 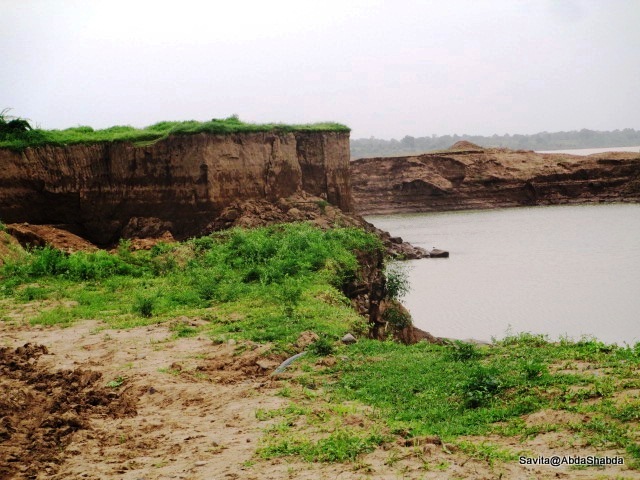 Looking at all the three photographs, one realizes how deep is the river and how the illegal sand mining has allowed the river to rush in. The line of water at the back is Narmada. The green patch at the height is the land level – that was two months ago. The photographs show how deep the mining was done. These photographs were taken when it was not raining – you can imagine how devastating it would be in monsoon. Narmada rushes in bringing in huge volumes of water – she is like a Sea then. She has taken all the silt with her and deposited it in Sardar Sarovar. It is not fault of Narmada – it is the fault of human beings who are playing with the river.

Like the canal story, the illegal sand mining is seen for miles. There are alliances across political affiliations, involved in this destruction. One wonders whether the police are taking action against the sand mafia.